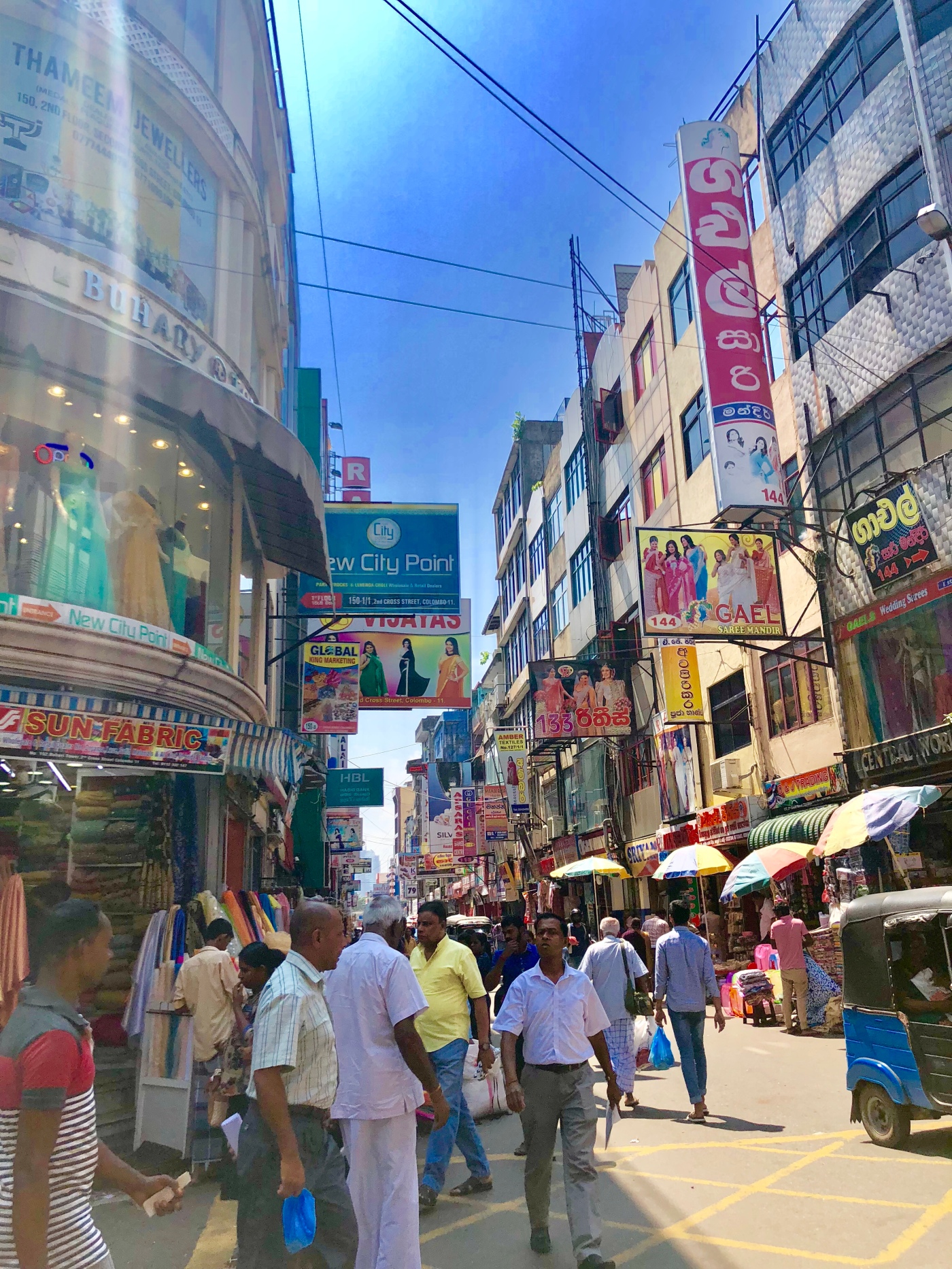 Colombo was our first stop in Sri Lanka, and we were immediately faced with its rich culture, religious diversity, beautiful architecture and deliciously spicy food. Exploring the city on foot was like flicking through the pages of a history book and it was great to see Colombo really embracing its past and the influence of the Indians, Portuguese, Dutch and British. With just 24 hours, here’s what we got up to…

This former hospital building that was built by the Dutch East India Company retains it’s Dutch Colonial architecture but is now a popular courtyard for shops and cafes. It’s also home to Colombo’s acclaimed seafood restaurant “The Ministry of Crab” owned by Cricketers Kumar Sangakkara and Mahela Jayawardene.

The Fort area is full of colonial influence and is the starting point for the city’s high security zone. This area is home to the Colombo clock-tower (famous for its clock-tower / light-house combo), the Economy History Museum, the Navy base, the first city post-office and the very impressive President’s House.

It was amazing to walk through the hustle and bustle of Colombo’s largest and most hectic market, where you can find pretty much anything from coconut scrapes, rugs, clothes, spices and toys. Get your bargaining game on!

In the midst of the chaotic market is a very distinctive and kind of Russian looking red and white candy-striped mosque. Although we didn’t go inside, it was an architectural master-piece – absolutely stunning.

5. The Port of Colombo

After spending much of the morning walking in the heat, we stopped at the Grand Oriental for some quality Sri Lankan tea. The hotel had a great view of the Port of Colombo, a hugely important part of the city’s past and present.

Built by the British governor of Sri Lanka in 1876, this museum gave us an interesting view of Sri Lankan history from the start of human evolution to colonisation and independence. It was a useful and informative introduction to Sri Lanka. After reading that Buddhism was brought into Sri Lanka by one of Emperor Ashoka son’s, we couldn’t help but sing songs from the Shah Rukh Khan film for the rest of the afternoon!

Immediately felt at peace here, with some of the most beautiful Buddhist and Hindu statues we have seen (loved the combo of the two religions!). Had to do a couple of rounds of the temple as I was completely drawn in to three of the Buddha statues in particular. 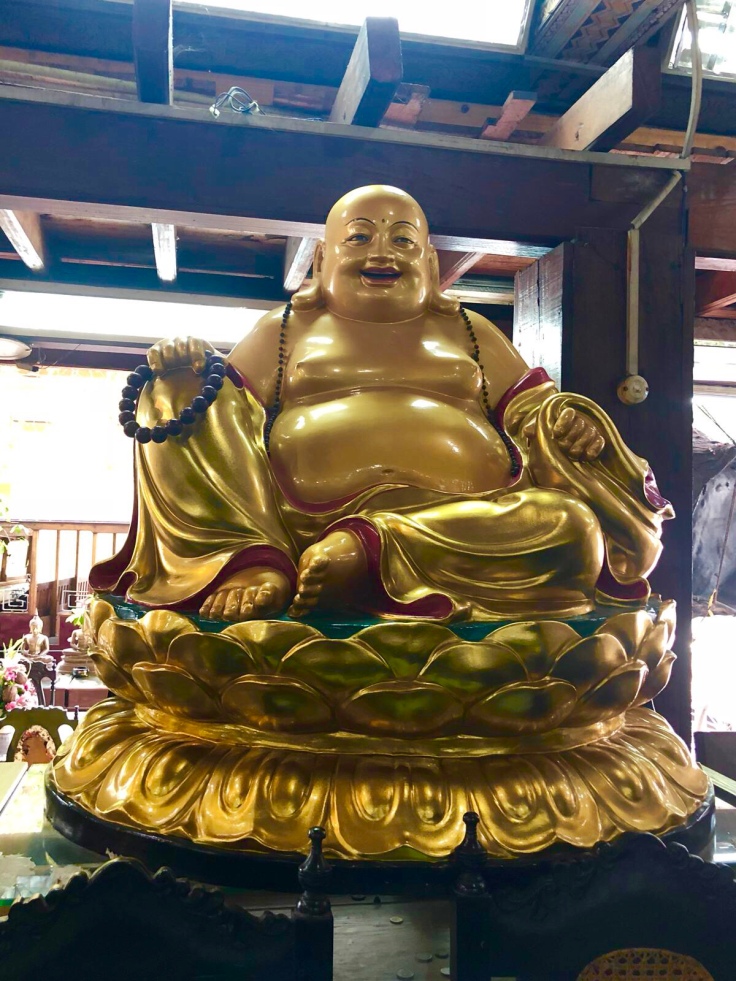 Just five minutes across the road from Gangaramaya, you have another peaceful temple situated on water – The Beira Lake. Even though you’re surrounded by high rise buildings and busy roads, you completely switch off from the outside world. 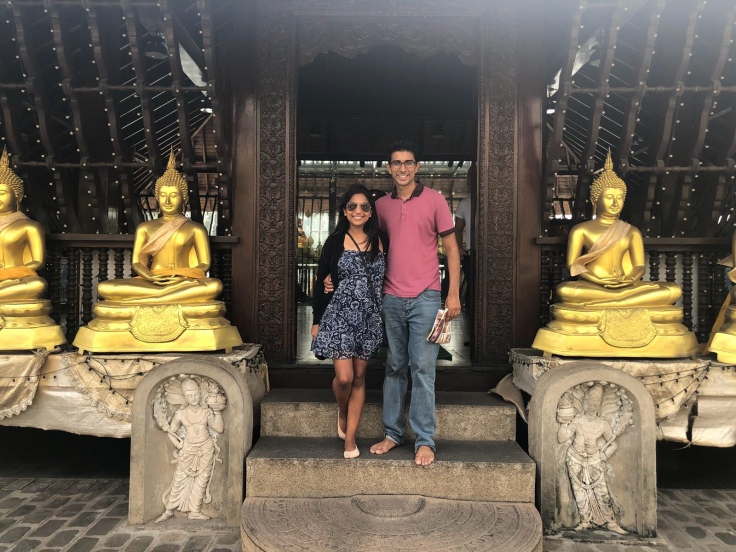 Walking along the beachfront is perfect for watching the sunset and people watching, where all the locals seem to hang out and let loose in the evening. 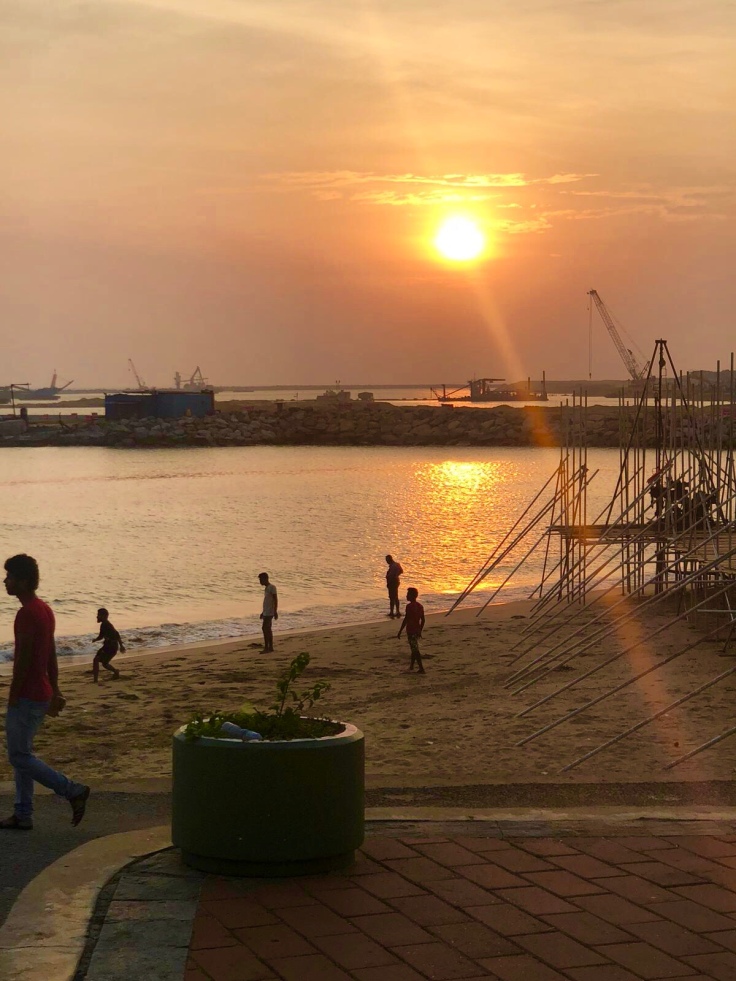 We ended the day watching a Sri Lankan cultural show – everything from the music, dancing and martial arts was great!

With only a day under our belt, we can’t tell you exactly which scams to avoid or which restaurant has the best Hopper, however there were a few things that stood out immediately!

1. TukTuks are on Uber

This was one of our hotel’s top recommendations! Instead of getting ripped-off by roadside TukTuks, not knowing whether to go metre or fixed fair, getting an Uber TukTuk is the safest and cheapest way of getting around. Less than a dollar for a 15 minute journey every time!

2. The Pedestrian is King

Cars don’t stop if you are waiting patiently to cross the road. Stand on the road, start walking and they will stop while you cross (hopefully!)

Not sure if it’s because I’m a tourist, a woman, or someone who looks similar but slightly different to the locals. But regardless, a significantly high proportion of men in the city stare… I had no choice but to get out the messy bun and jumper look.

I thought it would be easy finding a Hopper, but it’s not that simple! Different foods are served at different times throughout the day, and Hoppers are very much a dinner time dish. We did finally get our hands on one at the Hilton buffet (strongly recommend for high quality, good value for money food!) 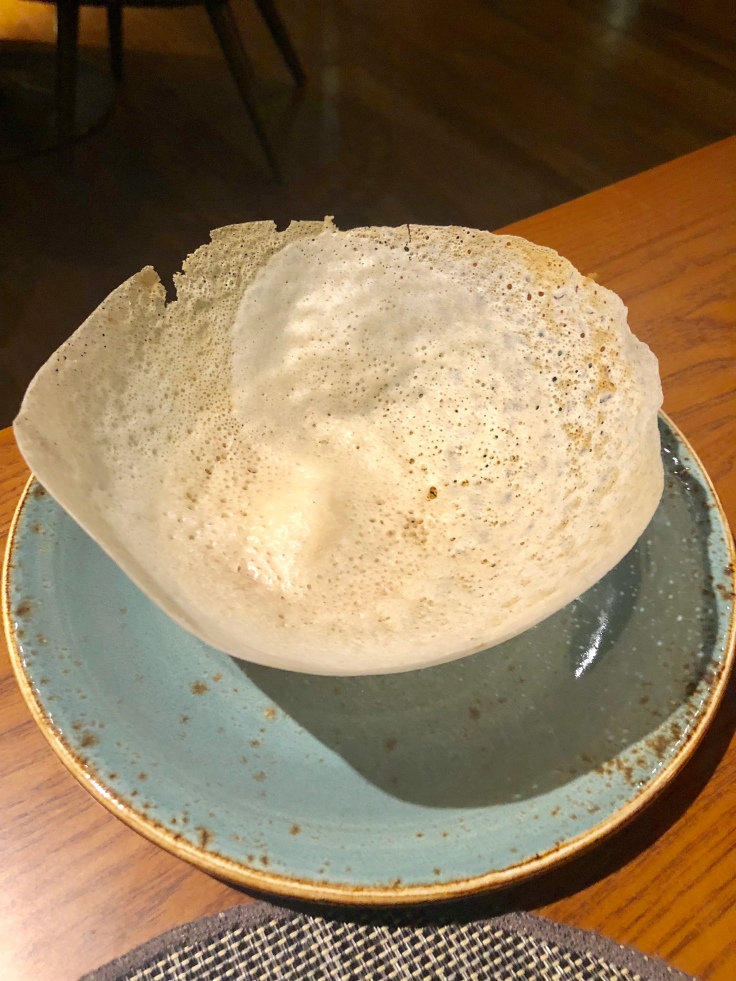 Thanks Colombo for a great start to our Sri Lankan adventure…!